****UPDATE**** I thank you for your interest in the banners, but I no longer sell them at this time for a number of reasons. So sorry for any inconvenience. When we lived in California, I had a little side business making banner's for scouts. Each time Cameron would earn a patch, we would stick it in a bag and toss it in a drawer. Too many times, I would hear stories about kids losing their patch vest, so I never even considered displaying Cameron's patches that way. One Christmas, a friend of ours made a banner for Cameron. Well, Cameron had accumulated so many patches that I ended up messing his original one up from removing and repositioning his patches some many times. I ended up having to make him a new one using the one my friend made as a guide. Another friend was visiting and saw Cameron's banner on display in his room and asked if I could make them one for their son. I considered it and decided, why not? I made a few here and there, then it grew into boy scouts and girl scouts. Living in Los Angeles meant there were a lot of possibilities and a big customer base. So, I was pretty busy making banners, but once I moved back to North Carolina, the customer base was nothing compared to LA, so I decided to put the banners in the attic. 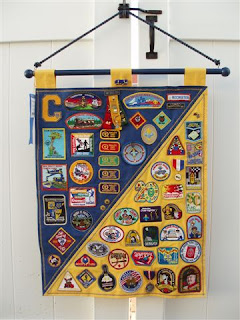 These are Cameron's patches from Cub Scouts. You can check out both of his banners hanging at his Eagle Court of Honor here. 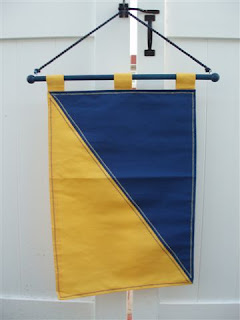 Here is a banner in cub scout colors. 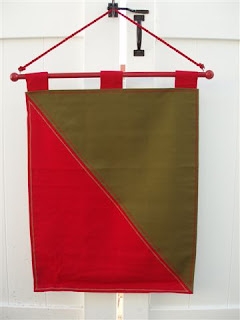 This is a banner in Boy Scout colors. 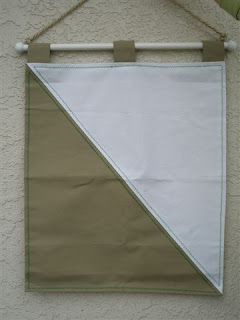 I gave girl scout banners a try too! 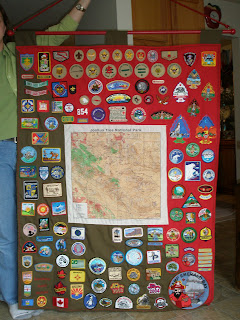 Finally, I did a special order banner for a dear friend's son who made Eagle. His banner was 4 feet wide by 5 feet tall...this kid was very active in scouting and had his entire scout career on this banner! It was an awesome banner, but A LOT of work!
If you look closely in the bottom left corner, I embroidered his name and date that he made Eagle Scout. 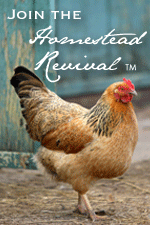 Melissa Carr
I've had a lot of trouble deciding what I want to do when I grow up...so I dabble in a little bit of everything! From stamping to sewing, candle making to gardening, and I can't forget all the time I spend in my kitchen! I consider myself blessed to be a homemaker. With my husband serving in the United States Coast Guard and schooling our children at home, there is never a dull moment! 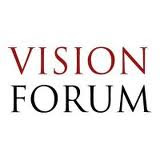